In the presence of numerous MEPs, and EU officials, CEVI celebrated its 20-years anniversary last 8 November, in Brussels, and took the opportunity to reiterate its commitment to the Wine in Moderation programme and encouraging the moderate and responsible consumption of this product of millenia.

Wine in Moderation material and information were distributed and laid out around the venue during the wine tasting and banquet which followed, and a specific poster on how to taste wine responsibly was also featured on the tables presenting the wines together with spittoons that had also been made available during the tasting.

CEVI has been supporting the Wine in Moderation programme since the very beginning and is an important Partner of the WiM Association. 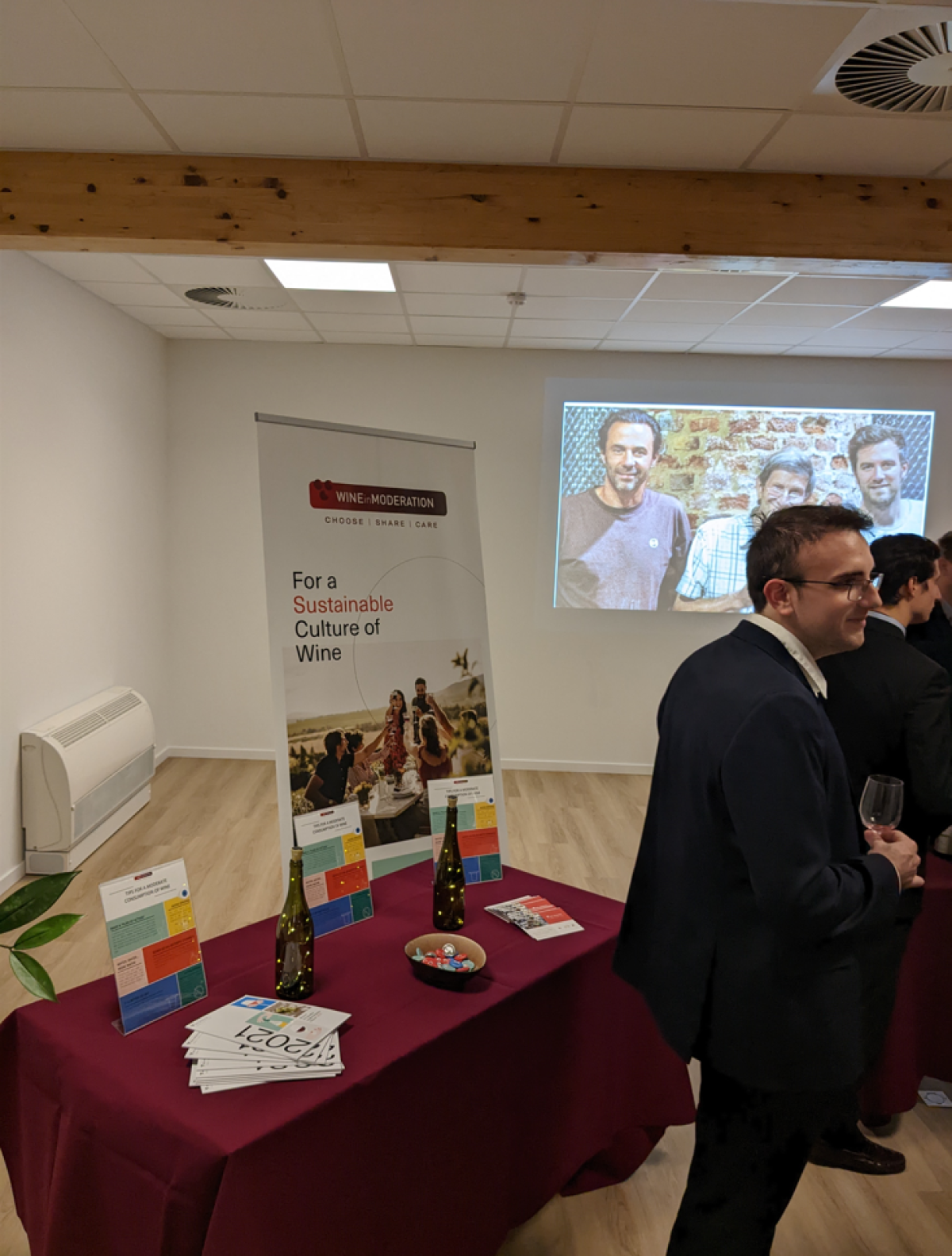 Iniziative dei nostri membri
“If you drink, don't drive!” ACIBEV raises awareness to the risks of drinking and driving in three wine fairs in Lisbon